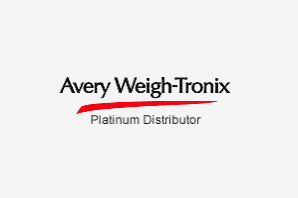 “Give us the tools and we will finish the job.” Winston Churchill said it. And so has every worker who has ever pounded a nail or loaded a truck or wrestled a drum onto a scale. The right tool for the job makes the difference between accuracy and guess work, health and injury, profit and loss.Avery Weigh-Tronix built the Drum Weigher for strenuous work. Whether part of a conveyor system or at work by itself in a busy warehouse, the Drum Weigher is the right tool for handling drum weighing, filling, and general weighing applications.”You want me to weigh these barrels? And you want me to be careful so the little scale doesn’t get broken? You’ve got to be kidding.” -Bob MartinWhen Avery Weigh-Tronix engineers began designing the Drum Weigher, they kept Bob’s picture in front of them. How do you make a scale that will be Bob-proof?Where is the first damage going to happen on a drum weigher? The deck surface is going to take a beating. The deck plates of less desirable scales will bow slightly with each loading, gradually becoming warped, inaccurate and useless.That won’t happen with a Avery Weigh-Tronix Drum Weigher. The design specification for the Avery Weigh-Tronix Drum Weigher called for the deck to “be capable of withstanding a load equal to half of scale capacity on a one-inch square area with no deformation to the platform.”Six reinforcing steel channels, 3-1/4” wide, support the 30 x 30-inch weighing surface. Compare shipping weights. The Avery Weigh-Tronix Drum Weigher is built for tough duty. There are cheaper ways to build a scale deck, but nobody builds one with this much steel, this much care, and this much durability.You hear a lot of talk about quality these days. “Quality” is an easy word to throw into any conversation. It sounds good, but it had better mean something. At Avery Weigh-Tronix “quality” means you can say, “Make my Drum Weigher Bob-proof.”

Attention to detail adds value – Building the right tool for the job means carefully selecting the details that add safety, usefulness and versatility to the scale, details that set it apart from normal, everyday drum weighers.

Safety features – Not every drum weigher is going to be placed in an automated setting. Lots of scale users need to move product on and off the scale manually. Two things make this task safer and easier on the Avery Weigh-Tronix Drum Weigher.The weighing surface is only an inch and a half off the ground! Operators safely and effortlessly push loaded carts up onto the scale. Higher profile scales require operators to back blindly onto the scale pulling a loaded cart up a sometimes slippery ramp.Strong, smooth-surfaced side rails protect scale operators from dangerous mistakes, like pushing unwieldy loads off the side of the scale.And Avery Weigh-Tronix builds both the deck surface and the integrated ramps with secure tread-plate. Good footing makes everyone’s job easier. And any time you reduce the risk of an accident, you’ve made money.Use side rails as a weighing surface. Not everything that needs to be weighed is in a drum. Place larger sized objects on the side rails. They are part of the weighing surface.

Weigh Bar dependability – The heart of the Avery Weigh-Tronix Drum Weigher is the Weigh Bar, the weight sensor that has come to mean accuracy and long life in the scale industry.The Weigh Bar function is simple. It is an aircraft alloy steel bar, fixed at one end, with strain gauges applied to top and bottom. When a load is placed on the Weigh Bar, the slight bending alters electrical current running between the strain gauges on the bar. The indicator translates changes in current into a weight reading.A sleeve and potting compound seal and protect the steel bar, strain gauges and linking wire harness.In a recent 30-month study of weight sensor failure rates, the Weigh Bar demonstrated itself to be 10 times more reliable than competitive load cells. The industry-wide sensor failure rate is five to eight percent per year. The Weigh Bar failure rate is less than one-third of one percent per year. Depend on Weigh Bar reliability.

Junction box – Just one more example of the attention to detail that goes into the Drum Weigher. You’ve seen the floor scales that have junction boxes that look like afterthoughts, provide minimal protec-tion and questionable service?The Drum Weigher’s junction box is welded into the deck frame providing both protection for sensitive components and additional strength to the frame. Its removeable coverplate grants easy access for calibration and service, and its gasketed surface seals the box against moisture. Weigh Bar cables entering the box are protected by water-tight hubs.

Options:Attached wheels – Some applications of the scale will call for it to be used in several places. In seconds, you can wind down the optional wheels and roll the scale to any site you need it. The hard rubber wheels can have either stainless steel or mild steel cores. Wheels have 3-inch diameters and 3/4-inch width.